We work in orderly and structured environments to obtain quality products. When developing a project I seek to abide by a Software Development Cycle with agile methodologies, allowing to build better software in less time.

Additionally, I write for the Internet, you can read my posts on Medium or LinkedIn.

The most representative jobs as Software Developer.

First Investigations: "STUDY FOR THE MODEL OF TRANSPORT DEMAND FOR THE CITY OF CUENCA" with the GAD Cuenca where I implemented the databases of the surveys, in addition to estimates of cuts and quality control tasks of the data of the polls.
The second investigations "STUDY FOR STRENGTHENING THROUGH TECHNOLOGICAL MEANS FOR MONITORING, SUPERVISION AND CONTROL ON THE TRAMWAY AXIS. BLACK POINTS AND CRITICAL POINTS" refers to the identification of the conflictive intersections of TRANVIA Cuenca, with EMOV, where A native mobile application for Android was developed to facilitate data collection in vehicle gauging and a simulation of urban traffic was created with SUMO Traffic Simulator.
Technologies used: PostgreSQL, Java (Mobile development for Android), Python, M. Excel

Design and Implementation of a Geo-Portal to visualize the results of the Investigations carried out in this Department. Check the Geoportal here
Technologies used: QGis, JQuery, Ajax, PostgreSQL

Basic Computer classes for students in 2nd year of school.
This project aims to reduce the existing digital divide in students of the Santa Ana parish and provide them with new knowledge opportunities through workshops and trainings that allow them to complement their academic training.

Advice for obtaining results of a Master's thesis of Language and Literature. Implementation of concepts of Computational Linguistics in archives that demonstrate the functioning of Spanish grammar.
Technologies used: PROLOG, Python

Development of scripts for the renewal of resources for the area of ​​data analysis of the company.
Technologies used: Python (Pandas, Matplotlib, Tkinter), Excel VBA.

A little of my work.

These projects I have carried out in a work and educational environment, most of these works contain a link to their repository on Github. Web Development of a Mashup with integration of 4 APIs. Design and Implementation of a Geo-Portal to visualize the results of the Investigations carried out in this Department. Technologies used: GeoServer, Postgis, JQuery, Ajax

One of the topics that most attracts my attention is Artificial Intelligence, Data Science, Big Data.
I have implemented educational projects, but without a doubt, I would apply the knowledge in professional projects.
Among the projects that I have developed are:

Design and Implementation of Database and Web applied to an agriculture business. This Implementation was projected into the future, in order to perform Big Data with the registered data. 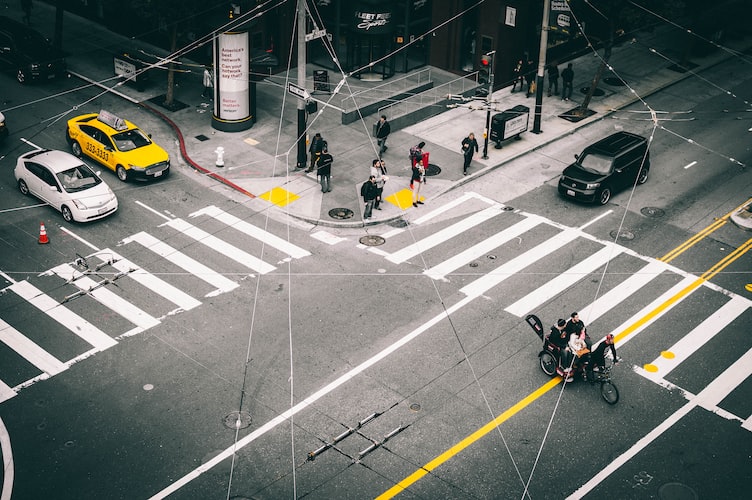 Mass Traffic Monitoring in the city of Cuenca.

Academic project that proposed to solve the problem of vehicular traffic in public events in the city of Cuenca, developing software that simulated the treatment of daily vehicular traffic in specific areas. In addition to providing different services (Assistance in the request of taxis and estimation of weather conditions) for the different users contemplated in the analysis phase of the project, among which the meteorological state of the city determined in the development phase.
Technologies used: Apis (Google Maps, Open Weather Street), Java Swing, JFreeChart, JSoup, Open CV, JCPicker, Visual Paradigm, Netbeans 8.2 Design and Implementation of a static informative Web Page to reinforce the knowledge of the students of the Physics, Electricity and Magnetism subject at the University of Cuenca.
Technologies used: HTML5, CSS3, Bootstrap4, Javascript, Látex.
Repo Github I collaborated with the Active and Sustainable Mobility Group of the University of Cuenca and the GAD Cuenca in the design and implementation of a database for the storage of the forms of the "2020 Mobility Survey" 🚶‍♂️🚶‍♀️ to identify the mobility dynamics of the Cuenca population. Undoubtedly an important collaboration managing the use of ICTs 🖥️📲💻 in decision-making to implement new policies that adjust to the changing world.
Technologies used: Python, PostgreSQL, Linux (Centos7). Automation of data collection 📲 is essential to generate faster projects, optimizing time in the field.⌚ In a development carried out with the research group Active and Sustainable Mobility of the University of Cuenca, a mobile application was generated 📱for the collection of vehicle capacity data. The application was implemented using good software development practices. Thus the application remains stable and fully functional📈. Among the developed features are: - Native Development for S.O. Android. - Geolocation. - Responsive for various screen sizes. - Stable Synchronization. - Statistical Graphics. - Control by Timer.⏱️ - Accommodation in the Cloud. - Offline and Online operation. 📳 Undoubtedly, implementing software in the processes of a project allows you to correctly manage resources and, above all, facilitates the life of the work team.
Technologies used: Java, PostgreSQL, Linux (Centos7).

I have collaborated on several projects from various fields, I seek to implement elegant technological solutions to real life problems. I have carried out these projects in a work and educational environment, the following opinions are a reflection of the results obtained.

"The diagramming of academic documents is not my forte, the help of a professional like Freddy allowed me to obtain a quality document, at the right time. His advice on layout of my Master's thesis was very helpful. I thank Freddy for its disposition, responsibility and human quality. " MSc. IN SUSTAINABLE INTERVENTION IN THE BUILT ENVIRONMENT.

"Within our company, we daily meet the requirements of our clients in various projects focused on computer science. Placing our trust in Freddy has allowed us to keep our customers satisfied with their ability to synthesize reports, clarity of results, quality of the final product and brilliant technical advice." AUCORP EC, Support and IT Solutions

"Academic life is increasingly demanding, on the one hand, the conceptual part and, on the other, practical development programming, statistics, calculations, etc. Put my trust in Freddy for the development of Computational Linguistics, one of the topics of my thesis, and I obtained immense satisfaction for the results obtained. Thank you for your professional commitment, your respectable affection, and punctual and academic response. I delivered a thesis of high academic quality. " Do you have any ideas in mind?

Do you have any project on mind?

I can help you realize your ideas!

Your message was sent. Thanks!